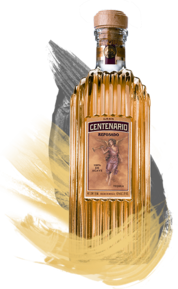 Tavern owner Lazaro Gallardo began selling his own tequila, named Gran Centenario®, in 1895. Lazaro’s son Luciano decided to begin bottling the tequila in 1920. Inspired by the Art Deco style of architecture, he designed a bottle similar to the one we use today. The bottle is adorned with “The Angel of Independence”, inspired by the Mexican Centenario gold bullion coin, minted to commemerate the 100th anniversary of Mexico’s independence.

MADE IN SMALL BATCHES SINCE 1857