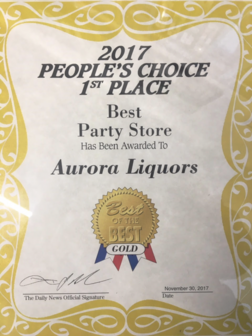 Aurora Liquors was founded April 1st, 1975 by Kent Pearson. What was once a small grocery outlet was expanded by Kent by focusing on beverages and added gasoline pumps. Kent and his son Brian had an idea for expanding the store even more and Brian and his wife Lisa made Kent's dream a reality in 2016 a little over a year after Kent's passing. During the summer of 2016 the original store was torn down and the new store was moved into the original store's warehouse. The new store measures 5,200 square feet and pays tribute to Brian's father Kent by displaying his 1957 Chevrolet stock race car from his days as a race car champion at the Norway Speedway. The store is open 7 days a week year round and holds a wide variety of wine, beer, liquor, champagne, a bakery that has food ready to go daily as well as BP gasoline. Some perks about the store is that we hold the largest beer cave in the area to keep your beer ice cold, we have a drive thru for deli goods, a 24 pay at the pump option for gas, as well as diesel pumps for larger vehicles such as Semis. Come see our new store today! 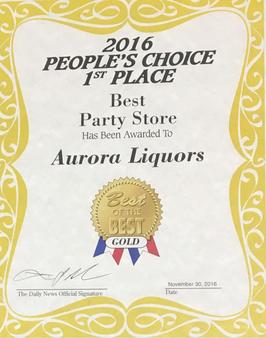 Recipes
About
View on Mobile